Yesterday I had one of those light bulb go off in your head moments and thought of something I had sitting in the garage. It was a tree stump cooler that my old boss had purchased as a gag gift a few years ago & later she was going to throw them out and asked if I wanted one. It was around Christmas, so I took it and wrapped it up as a gag for my Dad. Since then it has just been in the garage . . . . until yesterday. I remembered that I had seen tree stump side tables in some magazines. I knew that this tree, wood, organic look has been popular. I have seen things like this in modern furniture stores myself. So after a quick trip to Lowe's and a couple hours later after the paint dried, I had my own tree stump side table!
Inspiration: West Elm Tree Stump Side Table $199 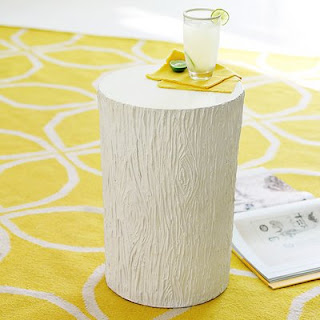 The stump BEFORE ( I accidentally deleted my own before pic - ooppss!) 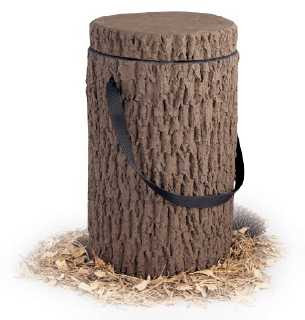 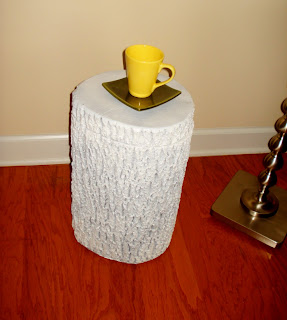 I can also put a piece of glass on top 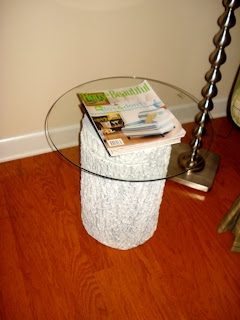 It's not exactly the same - but close. All it cost me was a couple bucks for the spray paint and I got a $200 look.
Here are some other rooms using this type of side/accent table: 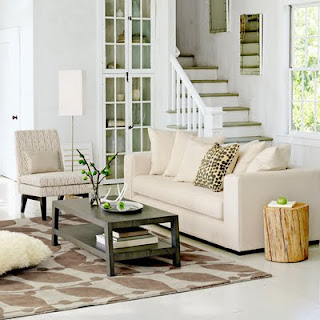 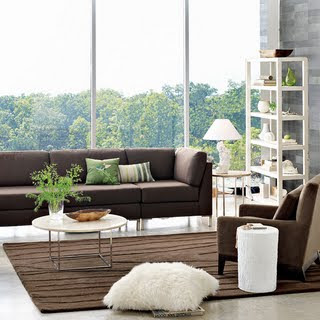 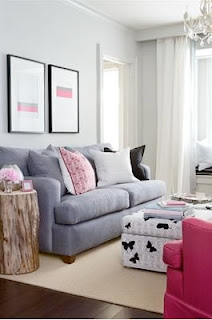 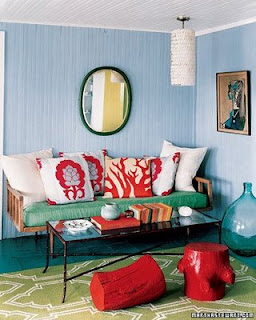 In This Wonderful Life said...

Wow, what a great job! How creative of you, I would have found a way to mess that up for sure!